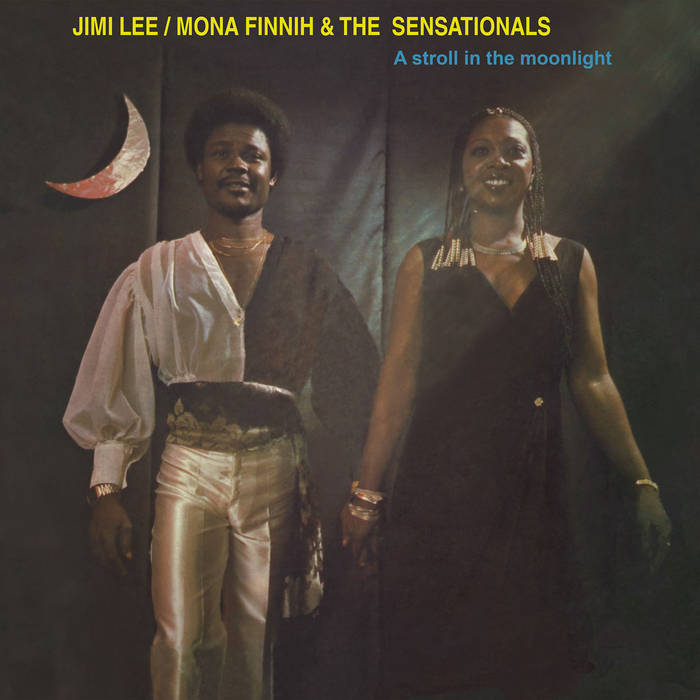 Jimi Lee / Mona Finnih & The Sensationals, A Stroll In The Moonlight

A1 A Stroll In The Moonlight

B1 I Love Myself

B2 Toughts Dedicated To Mama

B3 People Of The World

He was Nigerian guitar God, famous for his incendiary lead breaks with Aktion and Monomono. She was one of Nigeria’s first female band leader who went off to the US and became a big deal in the New Jazz scene there. It should be no surprise then that when Jimi Lee and Monah Finnih got together in 1980 for A Stroll In The Moonlight, an Afro Jazz cosmic funk masterpiece was born. Intricately arranged, beautifully produced and showcasing musicianship of the highest order, A Stroll In The Moonlight was a notch above anything else that was coming out of Nigeria at the time. ‘I Love Myself’ is the perfect amalgam of a tight, horn-driven Lagos groove and an American New Jazz sheen. ‘People of the World’ is pure Afro Funk, brightened by Jimi Lee’s sunny, twangy guitar. ‘Son of A Man’ brings reggae to the table and ‘Iya Alakara’ is a Lijadu Sisters style cosmic paean to beefcakes and plantains. Taking a stroll with Nigerian music’s oddest couple is a slinky, funky affair that comes highly recommended, but be warned: You’ll work up a sweat. – Peter Moore