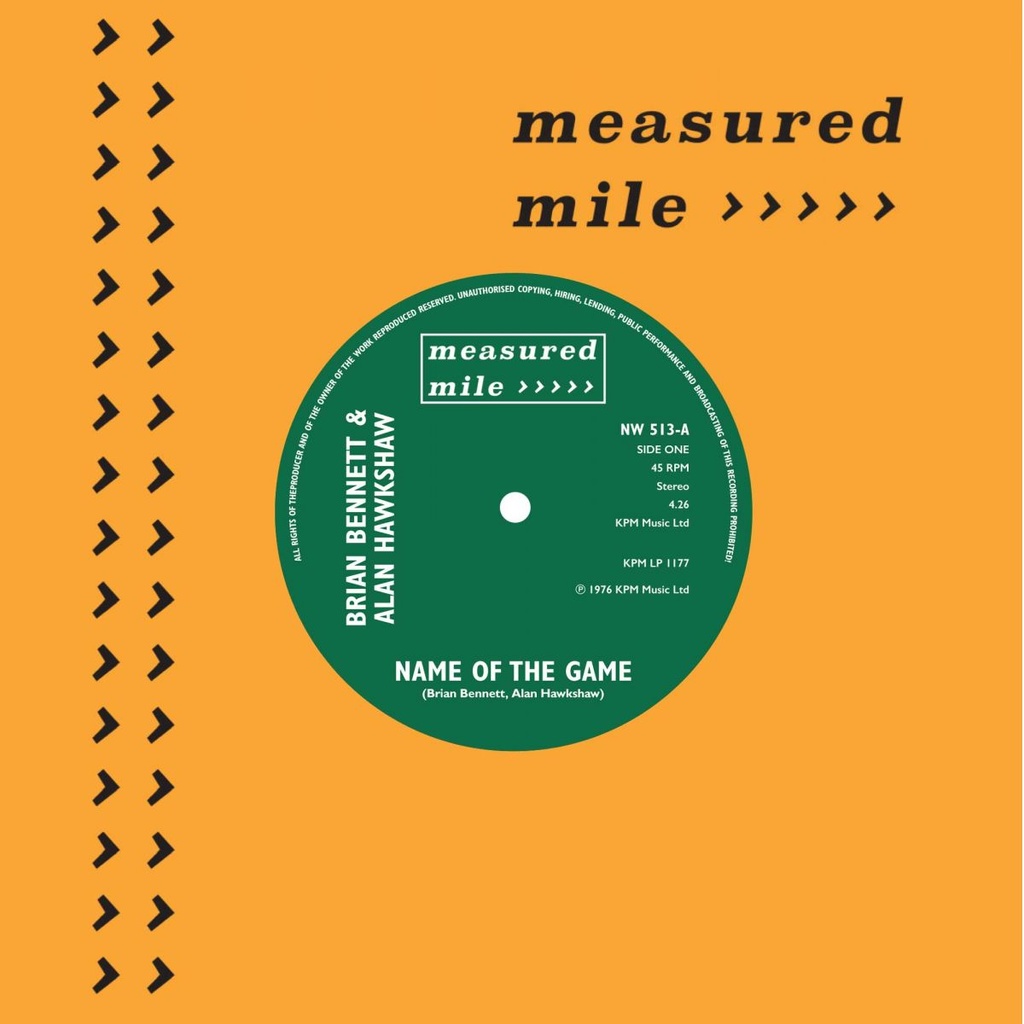 A SIDE
Name Of The Game – Brian Bennett & Alan Hawkshaw

B SIDE
Confunktion – Dave Richmond

The plan is to release DJ-friendly 45s that are either very rare or previously unavailable on seven-inch.

The first release pairs a couple of prime library tracks, from Brian Bennett - the slow, menacing groove he called Name Of The Game - and Dave Richmond (aka the Melody Nelson bassist) whose grungy Confunktion will be instantly recognised by anyone who remembers the late 70s Denim aftershave ad.

Already lined up for the future are more library gems from Basil Kirchin and Alan Parker, plus a northern/girl group monster from Connie Stevens.