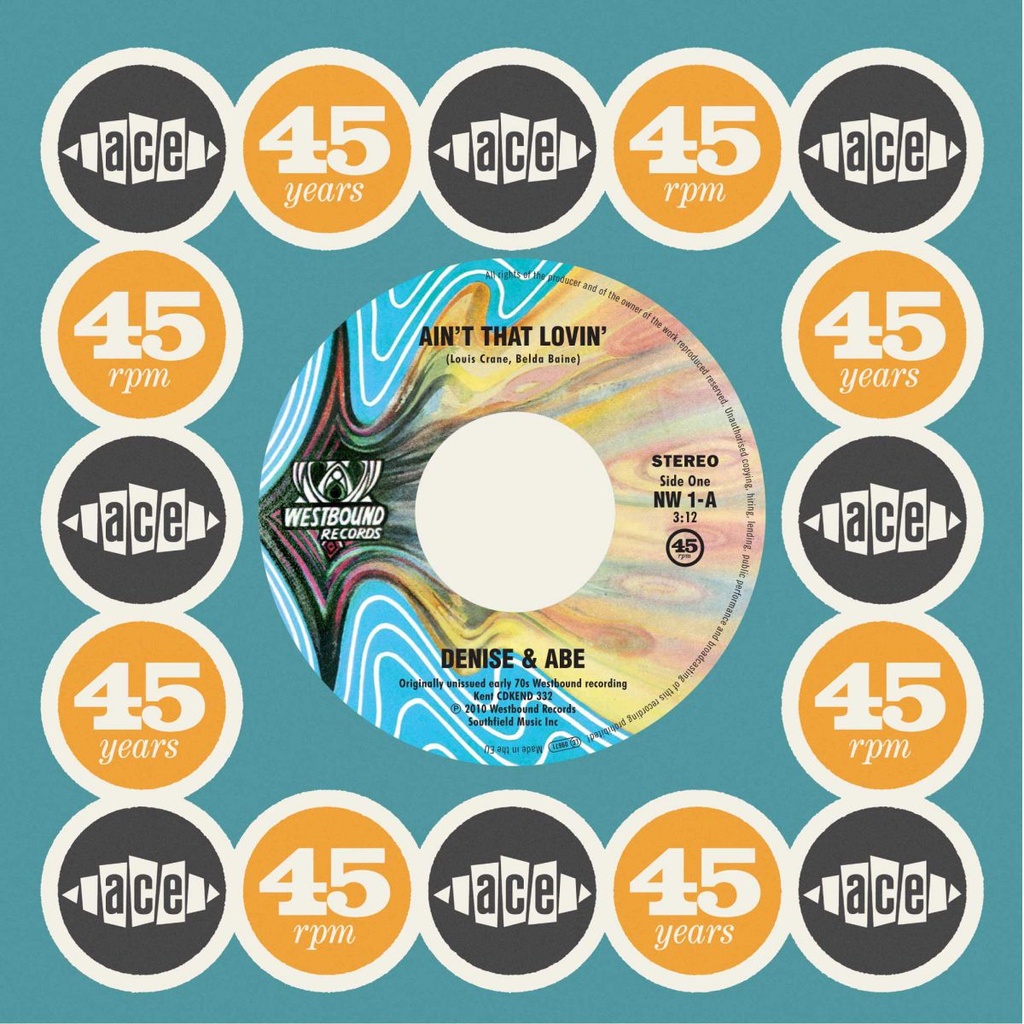 Ain't That Lovin' / You'd Better Listen To Me

You Better Listen To Me - Arthur Alexander

Our Ace anniversary soul release is rich in music history. Westbound Records took over as Detroit’s main label once Motown headed west. In the early 70s. Westbound’s biggest acts were the Detroit Emeralds and Denise LaSalle, who regularly hit the R&B and Hot 100 charts. It was a good idea to team Denise with Abe Tilmon, the Emeralds’ lead singer, and ‘Ain’t That Lovin’’ was given the full string overdub treatment. However, the company inexplicably shelved the project and it was left to Kent to ride to the rescue, releasing this mid-tempo dance track on CD in 2010. Here it is on 45 as it was meant to be.

Arthur Alexander was a founding father of soul, his emotional, laconic songs and vocals were influential across the pop world. He was a firm favourite of the Beatles, Stones, Dusty and other, soon to be successful, acts. Atlanta music business entrepreneur Bill Haney had managed Arthur since shortly after his first record, ‘You Better Move On’, charted in 1962. By 1965, Arthur had been released from his Dot contract when the hits dried, and Bill cut him on ‘You’d Better Listen To Me’. Bill’s Chant label was not fully operational then and they could not get a deal with other companies. The recording remained unreleased until Kent put it out on CD in the late 90s. This is its vinyl debut.