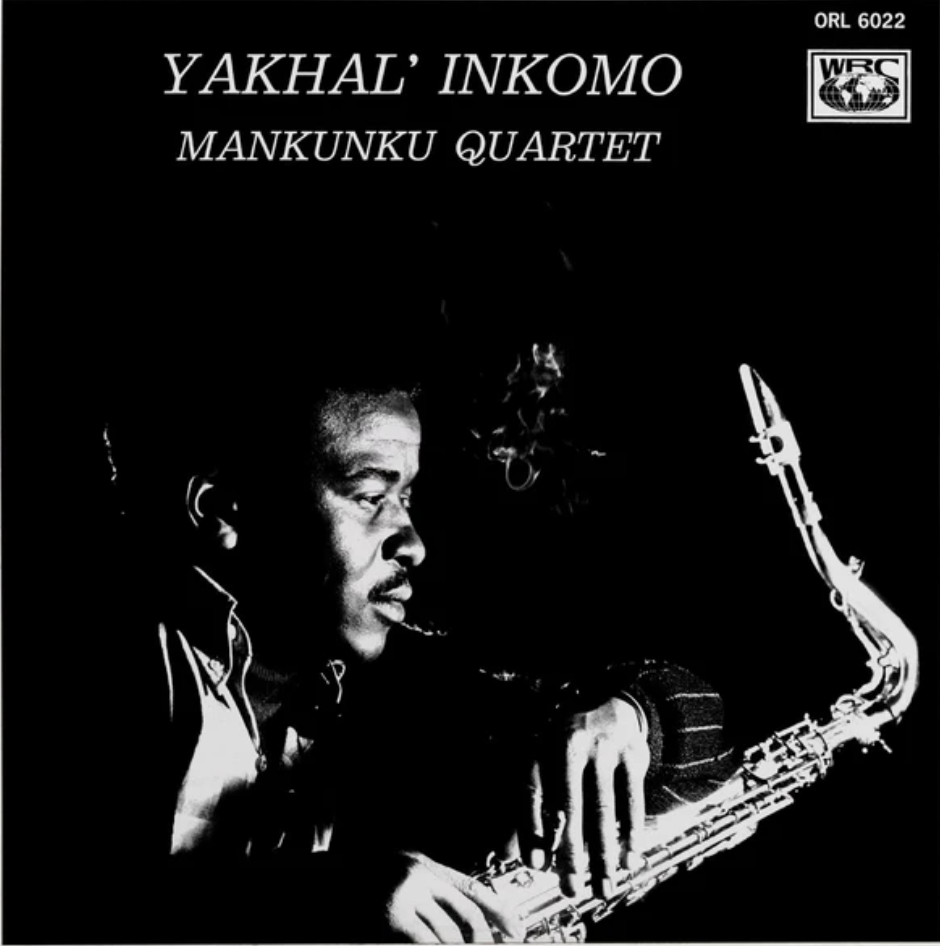 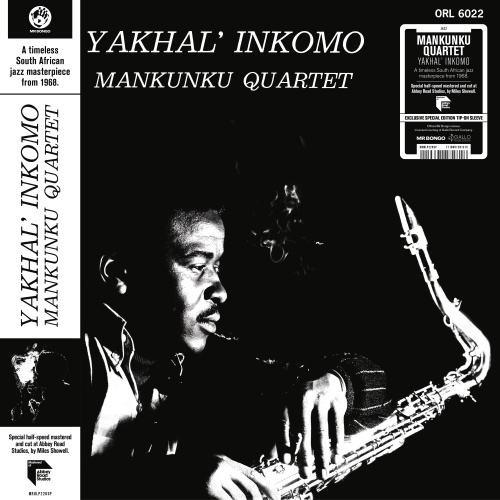 A2. Dedication (To Daddy Trane And Brother Silver)

The Mankunku Quartet's 1968 album 'Yakhal' Inkomo’ clocks in at just over 30 minutes of jazz perfection. This compact, and to-the-point, album would sit comfortably in amongst some of the best works in the catalogues of any of the quintessential jazz labels such as Blue Note, Prestige and Impulse. 'Yakhal' Inkomo’, however, was originally released on the South African record label World Record Co., which resulted in it becoming an elusive and sought-after piece for jazz collectors. First press copies sometimes fetch as much as £1,000 on the collectors' market. It has been long regarded as one of the finest South African jazz albums and DJ / broadcaster Gilles Peterson cemented this when he included it in his "best of genre" focussed radio show, 'The 20 - South African Jazz'.
Tenor saxophonist Winston "Mankunku" Ngozi recorded the session on 23rd July 1968 at the Manley van Niekerk Studios, in Johannesburg. It was recorded by Dave Challen and produced by Ray Nkwe. The session is built up of two original works by Mankunku on the A-side, 'Yakhal' Inkomo' & 'Dedication (To Daddy Trane and Brother Shorter)', and on the B-side, the Horace Silver composition 'Doodlin', and a John Coltrane number 'Bessie's Blues'. What is striking is how the Mankunku-penned compositions not only hold their own next to Silver and Coltrane but they are, arguably, the better tracks on the record - a testament to the beautiful writing and playing of Mankunku.
'Yakhal' Inkomo' features the great musicians; Agrippa Magwaza on bass, drummer Early Mabuza, and pianist Lionel Pillay. Pillay was of Indian descent, making this a mixed-race group, thus the very recording of the album was an act of resistance as it broke the apartheid restrictions of the time. The title of 'Yakhal’ Inkomo' means “the bellow of the bull”, the Black audience would have understood this as coded community symbolism and an act of protest but it escaped the attention of the white government.
For this edition, we have enlisted the services of Abbey Road Studios mastering, and lacquer-cutting engineer Miles Showell to cut a special half-speed master from the audio taken off the original master tapes. Miles has previously worked on our Arthur Verocai, Marcos Valle and Ian Carr re-issues, and once again we are blown away by the richness and clarity of Miles' work. We have also presented it as a replica copy using the cover artwork and labels from the primary World Record Co. original version.
On the sleeve notes, Ray Nkwe the producer and the President of the Jazz Appreciation Society of South Africa writes "This is the LP that every jazz fan has been waiting for" and Ray was not wrong, it's a stone-cold timeless jazz classic.