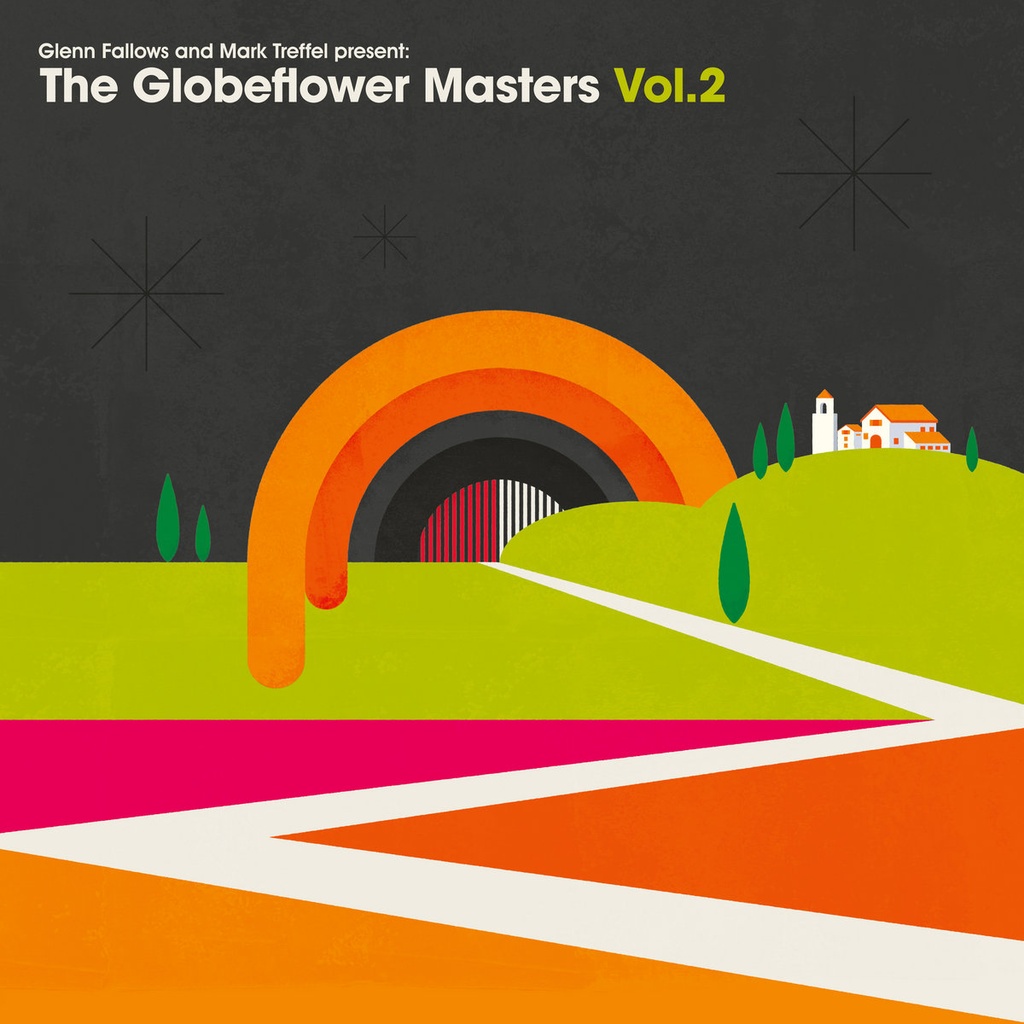 Glenn Fallows and Mark Treffel released their first album, ‘The Globeflower Master Vol. 1’, on Mr Bongo in September 2021. With its lush, warm and timeless productions paying homage to classic 60s and 70s soundtrack composers, it was very well received and struck a chord with the scene’s connoisseurs. Louder Than War emphatically stated, "It’s impossible not to like The Globeflower Masters Vol. 1.”, with Gigwise echoing that praise “slickly compelling retro vibes”.

The Globeflower Master Vol. 2 is the slightly edgier and more grown-up sequel to Mark and Glenn's 2021 debut album. For this excursion, the Brighton-based duo wanted to lean a little further into their European film soundtrack influences, with particular inspiration mined from the works of Stefano Torossi, David Shire, and Roger Webb. This expansion of their sound builds upon the rich tapestry of cinematic funk à la David Axelrod, Serge Gainsbourg and Morricone that fashioned Vol. 1. Here the arrangements, melodies, and harmonies have been refined; only what is needed is left.

The recordings are drenched in visual imagery; they stimulate the senses and invite the imagination to roam. Ethereal, hazy memories of lost summers are triggered; the beauty of listening to music when driving along a deserted road in the Italian countryside lined with cypress trees heading towards the sun, and beyond. As the musical journey progresses, we even take a voyage to another planet. Whether these memories are real or constructed recollections of scenes from film and television, the tracks evoke a feeling of nostalgia and comfort. Like all the best music, 'The Globeflower Masters Vol. 2' takes us out of ourselves even if it's only temporarily.

To consolidate the shape of the sound, drummers Timmy Rickard and Ollie Boorman (who also featured on Vol. 1) and John Maiden (Tricky collaborator) sprinkled their magic and forged their stamps onto the recordings. Collaborating with other talented musicians contributed to the picture Mark and Glenn wanted to paint. The ‘Globeflower Master Vol. 2’ is a fitting tribute to the music they love and care deeply about and a glorious addition to their musical world.