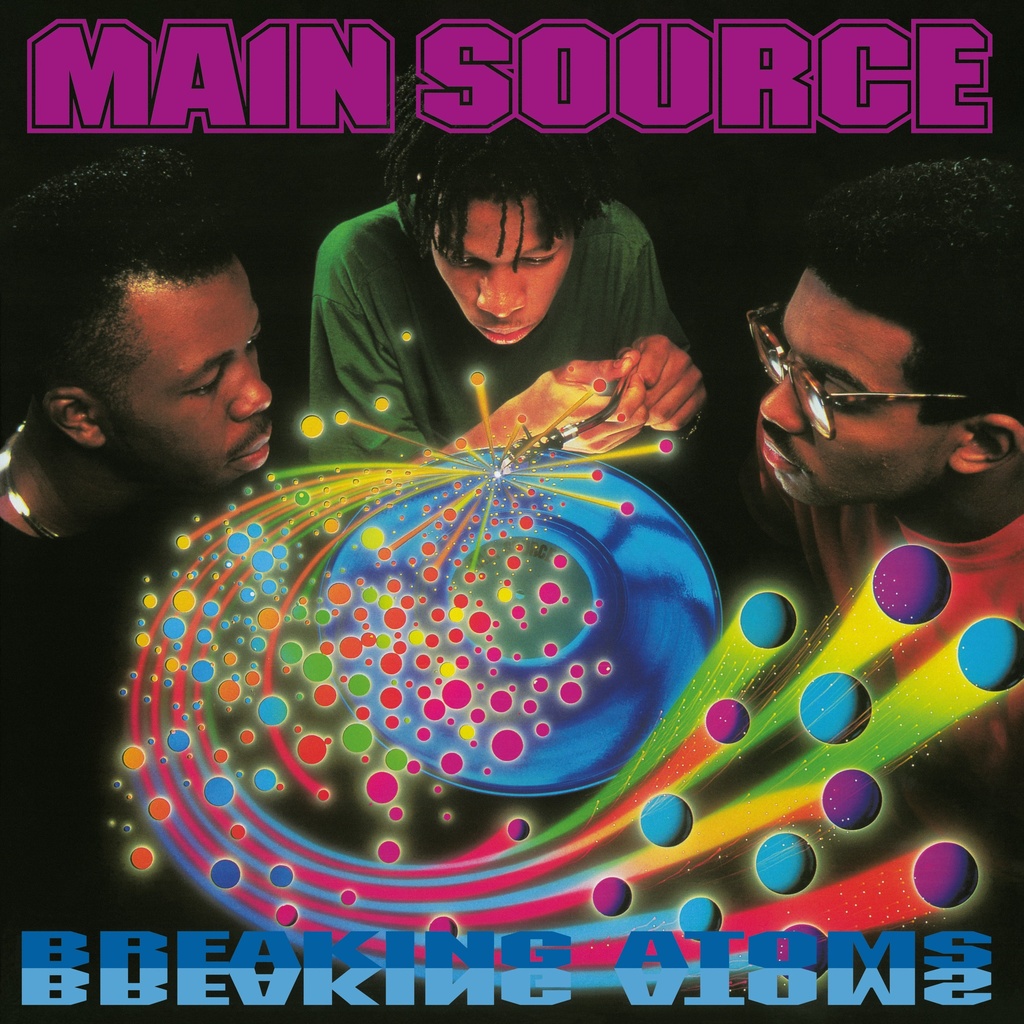 An all-time Hip Hop classic, critically acclaimed, and one of the best albums of the genre.

Featuring 4 hit singles including ‘Looking at the Front Door’.

A production masterclass from Large Professor, and the debut of Nas.

Thirty years after its original release, Main Source’s debut album Breaking Atoms has lost none of its capacity to surprise or delight. It remains a prime example of a classically styled hip-hop LP - two DJs, one MC, 11 tracks, no flab or filler. It wasn’t a slow burner - it was adored on release and hasn’t left the top ten of any serious rap fan ever since.

What makes it so special? Perhaps it’s in the group’s ear for a hook and sample, with Large Professor mounting a whole, celebrated career off the back of this gem. Perhaps it’s in the way he manages to balance bragging with more political, thematic tracks such as ‘Just a Friendly Game of Baseball’ and ‘Peace is not the Word to Play’ without ever coming across as preachy.

Few albums of this length are able to spawn four singles - all of them must-haves - while still having material galore on the album that could have been pressed as a 12”. ‘Snake Eyes’ ‘Vamos a Rapiar’ and ‘He Got So Much Soul (He Don’t Need No Music) could have been singles in their own rights, an embarrassment of riches.

Sample-wise, it’s all about the skillfully woven mixture of the obvious and the obscure, with a tapestry of samples approach that’s just not legally possible anymore. So while you might recognise a snatch of Donald Byrd’s ‘Think Twice’ on the timeless ‘Looking at the Front Door’, it’s layered with elements from Ken Lazarus, Detroit Emeralds, The Third Guitar and more. It’s an approach that pays constant dividends and rewards repeated listens. Presented in its original format, this is the essence of Breaking Atoms, one of the best albums in the long history of this genre.