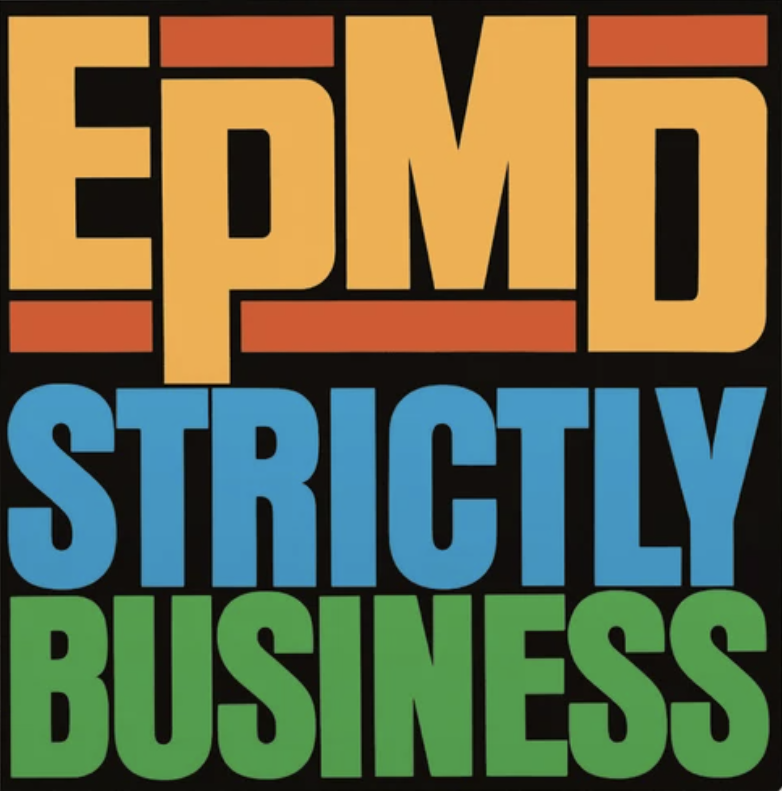 Few groups arrive as fully formed as EPMD did. This dropped as the third single from the album of the same name, and further cemented their distinctive aesthetic: Slow rhyming, trading lines rather than the rappers being confined to their own verses, and backings that were ruthlessly funky and simple at the same time.

They’d go on to be labelmates with Public Enemy when Def Jam picked up their contract in 1990, and to compare and contrast the two is illuminating. While PE at that time were making waves with the Bomb Squad’s breathless, kitchen sink approach to production, EPMD were equally adored for taking the opposite approach.

Here, there’s a sprinkle of drums from Kool & The Gang’s oft-sampled ‘Jungle Boogie’, paired with a very recognisable portion of Eric Clapton’s ‘I Shot the Sheriff’. And that’s pretty much it – the two samples are linked, looped and left to their own devices. Such was Erick and Parrish’s confidence in their own rhyming ability and strong voices, no further embellishment was needed.

That confidence extends to the subject matter. While their debut album and later projects were heavy with concepts – the ‘Jane’ series – and notable guest verses, this was the third straight single of pure brag rap. Two MC’s, one beat, a whole heap of lyrics about how good they were. It’s something you can’t do unless you truly are special, and this duo most certainly were.

Paired with the classic instrumental version, which didn’t make it to the US 7” releases – it’s only on a hard-to-track-down French 7” pressing from 1989 – this this is a timely reminder of how breathtakingly perfect hip-hop can be.