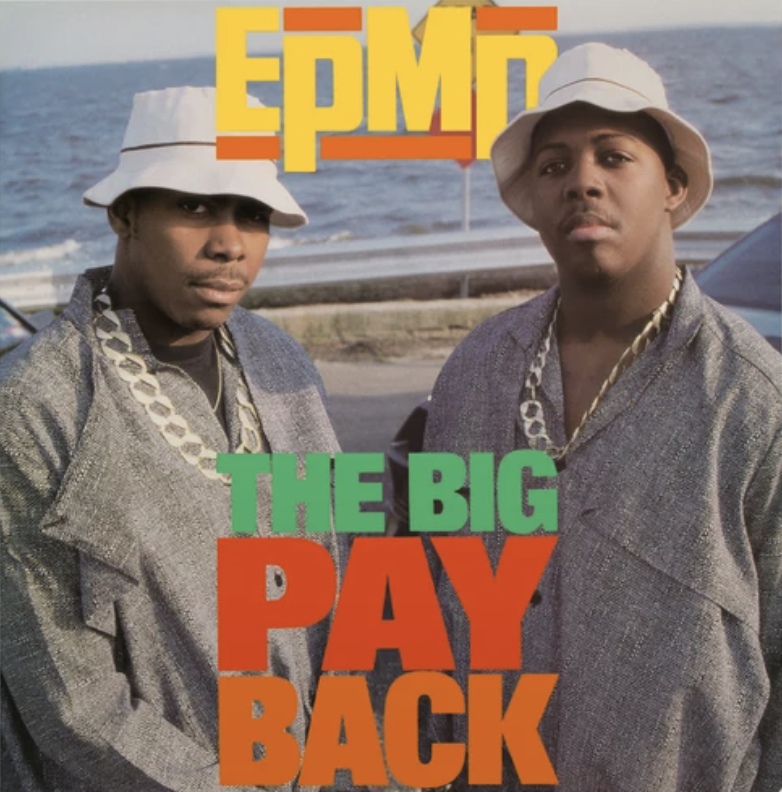 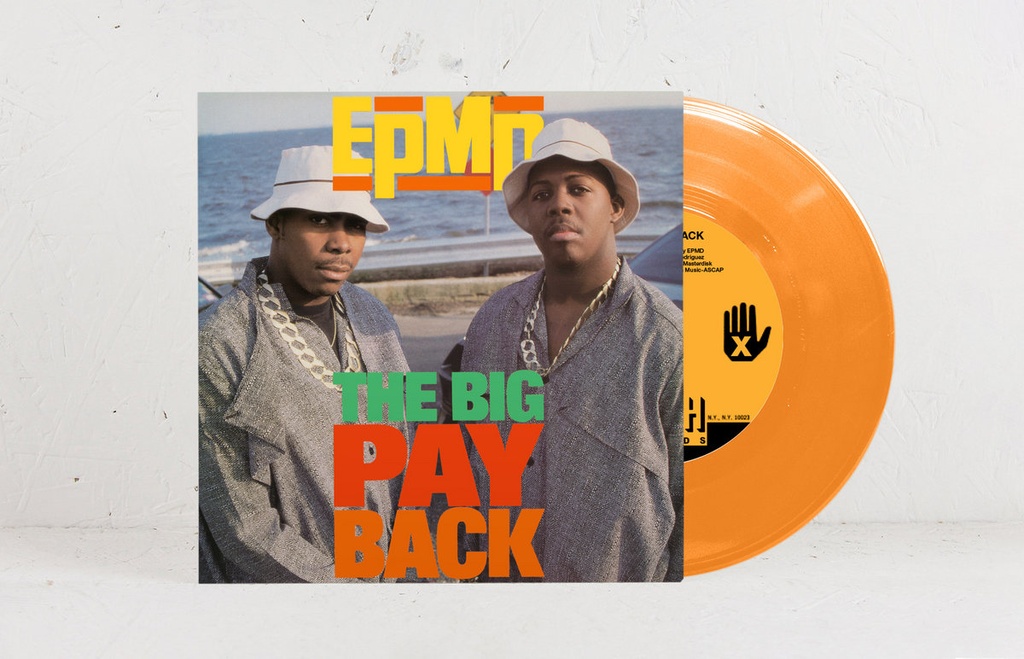 A: The Big Payback (LP Version)

By the time of their second album, 1989’s ‘Unfinished Business’, EPMD were firmly cemented in the rap stratosphere. With one certified classic album under their belts, they proved they were no one-hit wonders, with the sequel possibly even better. A concise 12 tracker once again produced by the artists themselves, it saw them adhering to the ‘if it ain’t broke, don’t fix it’ maxim, while going somewhat ‘bigger’.

In other words, guests started to appear – not just on the records, but in the videos – and marketing budgets were higher. None of which watered down their sound. In fact, this is the ultimate EPMD record: a beat that’s simple but perfect, and two top-of-their-game MC’s going back and forth. But the appearance of NWA in the video for ‘The Big Payback’ hints at their reputation at the time – and at the cordial relations between coasts before the deadly beef that was to come.

‘Payback’ takes both its title and core sample from James Brown’s ‘The Payback’ from 1973, and then weaves two more JB elements with it, including the addictive stabs from ‘Baby, Here I Come’. It’s a golden track from the golden age.

The B-side is another gem from the same album, and only released before on 7” in a very rare, limited pressing. ‘So Wat Cha Sayin’ was the album’s lead single, and shows EPMD’s wide sampling palette. There’s bits of BT Express, a whole lot of Funkadelic and, brilliantly, some drums lifted from Soul II Soul’s gem from just the year before, ‘Fairplay’. Lyrically, it’s just all about threats to sucker’s MC’s – what else do you want from EPMD?