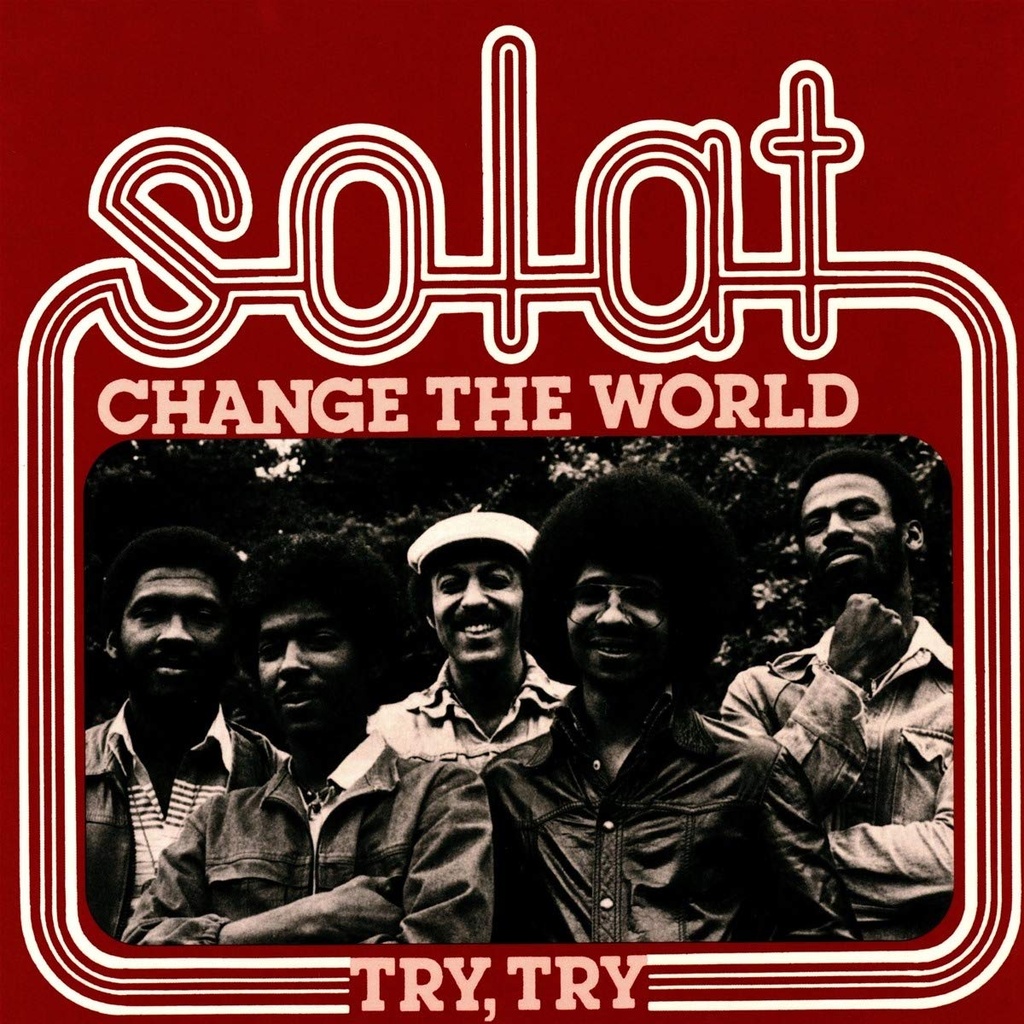 It is hard to think of many 7” singles where both sides are as heavy as this one!

Change The World / Try, Try was released in 1977 by Solat, a Dutch-based funk group made up of Surinamese and Dutch-Antillian musicians. Formed after ex-band members of Reality / Tony And Reality; Eddy Veldman, Franky Douglas, Ivor Mitchell and Glenn Gaddum teamed up with singer Billy Jones, Solat went on to release two singles for Poker records.

With its crossover nature, it pleases disco, funk and modern-soul collectors and DJs alike, plus due to only being released in the Netherlands, the record has now become an extremely sought-after item with a high price tag to match.

Both amazing cuts are aimed straight for the dance-floor, but retain conscious and positive messages that are as relevant now as they were back then. 'Change The World’ is an anthemic feel-good disco funk gem, whilst 'Try, Try ‘ is reminiscent of a Mizell Brothers golden-era production.