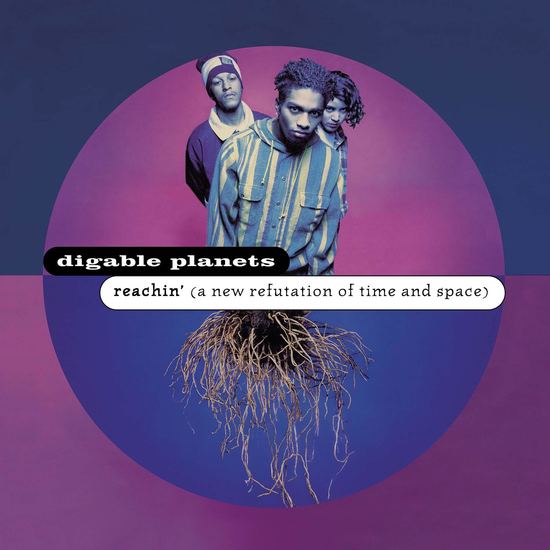 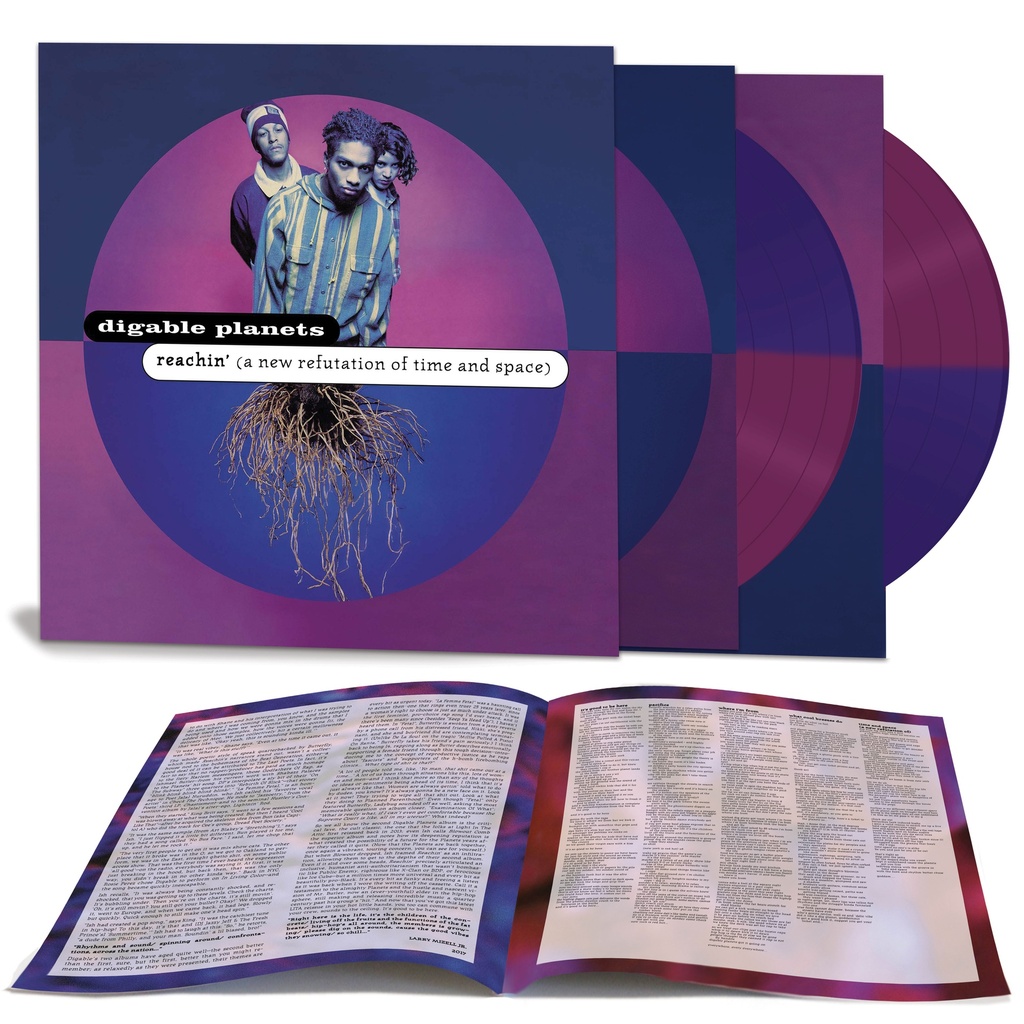 It's Good To Be Here

What Cool Breezes Do

Time & Space (A New Refutation Of)

Expanded as a double LP for improved sound

Lyrics included for the first time

At a time when hip-hop was determined to snap your neck, a young, hip trio from Brooklyn (by way of Seattle, Philly, and Brazil) conspired on an uncommonly smooth new sound and freaky way of speak, a titanically chill expression of Black bohemia loaded with jazz idiom and a subversive Marxist bent—and pushed it worldwide via an undeniable crossover hit.

Digable Planets’ 1993 debut, Reachin’ (A New Refutation of Time and Space), unexpected to all involved, produced a massive radio hit in “Rebirth Of Slick (Cool Like Dat)”, which won the 1994 Grammy for Best Rap Performance by Duo or Group. Unduly lumped into an “alternative rap” subgenre they chafed at, the Dig Plans were dismissed by some as one-hit wonders, coming out of nowhere; but the Digable Planets concept, and what became Reachin’, had been in the works for close to five years, as group leader Ishmael “Butterfly” Butler wrote music and soaked up game in multiple cities, navigating the industry of hip-hop’s golden age.

In the end, Butler, Mary Anne “Ladybug Mecca” Vieira, and Craig “Doodlebug” Irving came together to create a seamlessly articulated vision of urbane hiphop cool with an uncommonly literary bent that subtly pushed the hip-hop genre’s frames of reference and added breadth to rap music’s burgeoning political philosophy. Drawing on inspiration from Butler’s jazzbo father, the Black Panthers, Jose Luis-Borges, the Last Poets, and Jimi Hendrix, Reachin’ posited a theory of “universal beats”, narrated by three unearthly MC’s that had “split to Earth to resurrect the funk”, assuming curious, arthropodic aliases—a nod to the natural collective action of the insect world. In just four years the crew would record two beloved and ambitious LPs before disbanding.

Out of print on wax domestically since 1993, Reachin’ captures one of the last gasps of rap music’s jazzy, upbeat adolescence in the early 90’s—those warm, blissed-out grooves every bit as slick as when they were laid way back when. Put this on, roll up with your crew and bug out again with the insect tribe.