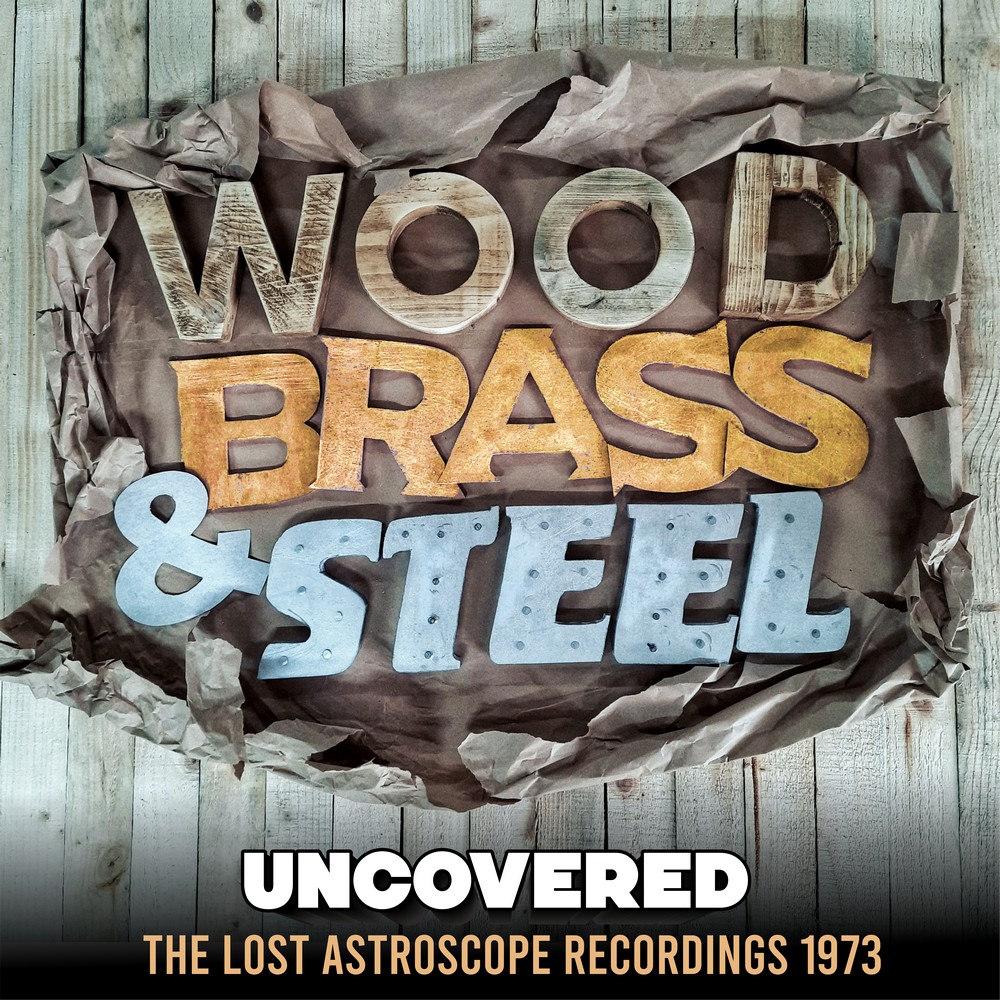 Wood Brass and Steel were the last and the most famous house band of the All Platinum and Sugarhill Records groups of labels run by Sylvia and husband Joe Robinson, yet this album has never before been released on LP vinyl
The musicians recorded songs ‘Hey That’s What You Say’ and ‘A Love of My Own’, then when All Platinum’s Astroscope label released them as a 7” single they became Wood Brass and Steel. The group then completed this album scheduled for release on Astroscope LP5002 in 1973, but it was never released.
The group’s line up at this time is not totally clear but certainly included Harold Sargent, Bernard Alexander aka Skip McDonald (he also recorded under many other combinations of those names), Herman Tudi White on bass and Otha Stokes on Sax and Flute and Randy Bost on trumpet. Doug Wimbish and Craig Derry joined the band around this time and are involved on at least some but possibly not all of the tracks.
The band went on to release two other excellent albums ‘Wood Brass And Steel’ on Turbo from 1976 and ‘Hard n Heavy’ for Sugarhill in 1980. Wimbush, McDonald and future drummer Keith Le Blanc backed the majority of the recordings on the Sugar Hill label and went on to have successful and long careers in the music business as recording artists and session players.