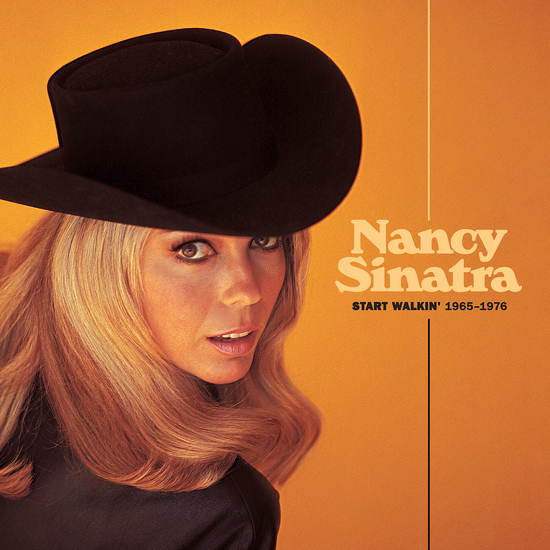 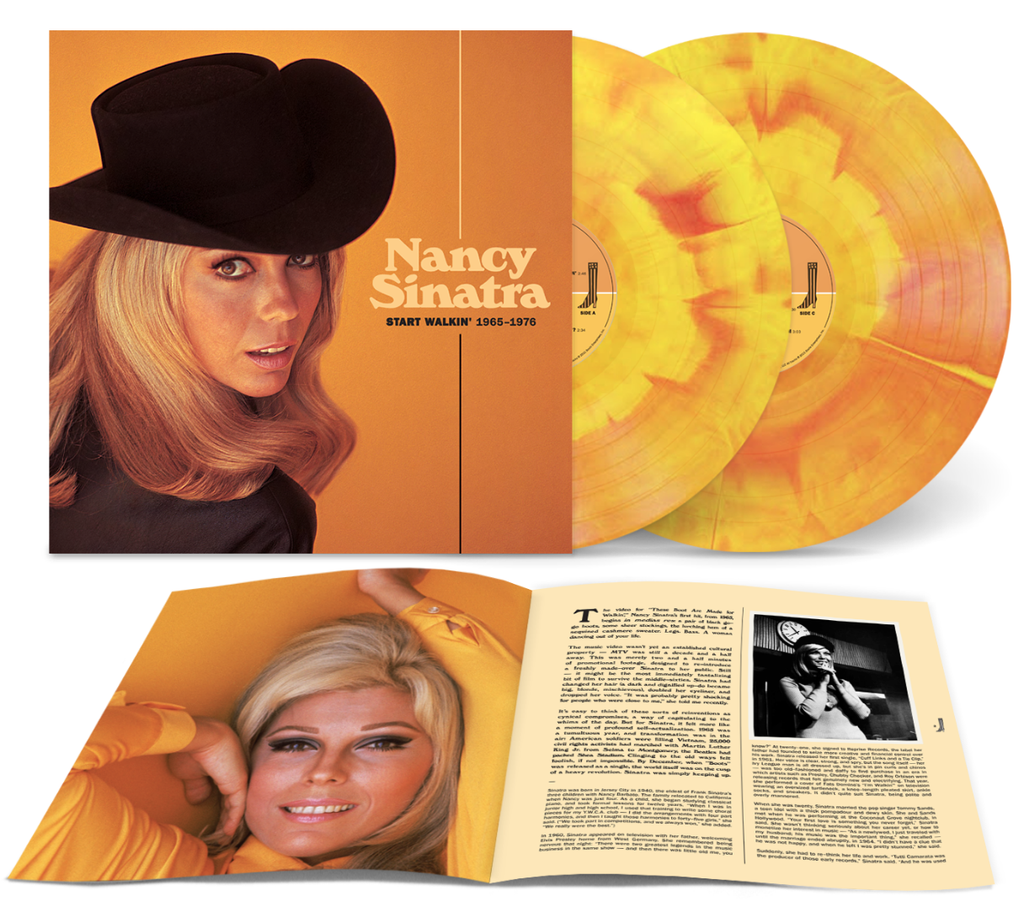 How Does That Grab You, Darlin'?

You Only Live Twice

How Are Things In California?

Kind Of A Woman

Images are mock-ups and subject to change

Light In The Attic Records is proud to present Nancy Sinatra: Start Walkin’ 1965–1976. The definitive new collection surveys Sinatra’s most prolific period over 1965–1976, including her revered collaborations with Lee Hazlewood, over 23 tracks.

Remastered from the original analog tapes by GRAMMY®–nominated engineer John Baldwin, the collection is complemented by liner notes penned by Amanda Petrusich (author and music critic at The New Yorker), featuring insightful new interviews with Sinatra, as well as a Q&A with archivist and GRAMMY®–nominated reissue co-producer, Hunter Lea. The CD edition comes housed in a 7”x7” hardcover book (featuring 64–pages) and the two-disc vinyl set is presented in a gatefold jacket (featuring a 24–page booklet).

Nancy’s performance of the Lee Hazlewood–penned song “These Boots Are Made for Walkin’” was a huge hit in 1966 and became her signature tune. The pair began a three year run of successful albums, duets, and singles including “Sugar Town,” “Some Velvet Morning,” “Summer Wine,” “Sand,” “Jackson,” and the title track to the 1967 James Bond film “You Only Live Twice.”

Over the years, she has been cited as an influence by countless artists, including Sonic Youth, Morrissey, Calexico, U2, and Lana Del Rey. Her haunting song “Bang, Bang” gained a new legion of fans when it appeared in the opening credits of Quentin Tarantino’s 2003 film, Kill Bill Volume 1.