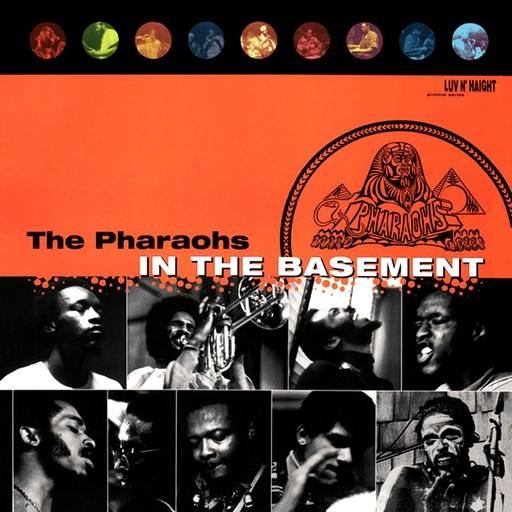 The Pharaohs only managed one release during their short lifetime, 1971's masterful Awakening. But when the San Francisco-based jazz-funk reissue label Luv N Haight reissued Awakening in 1996, they also came out with a brand-new CD of mostly previously unreleased material called In the Basement. Most of this album was recorded live in 1972, after the already enormous 11-piece band had grown to include four more players, including a sixth drummer. The live tracks are fascinating, because where Awakening sounds like an earthier and more Afrocentric version of Earth, Wind & Fire (which several members of the Pharaohs would go on to found in 1973), the much loopier and more jazz-oriented tracks here sound more like Sun Ra jamming with the P-Funk All Stars. The 11-minute take on the Stylistics' "People Make the World Go Round" is absolutely indescribable, a mix of otherworldly horns and psychedelic guitars over a non-stop African-style groove. Other highlights include the all-rhythm "Drum Suite," a hypnotic blend of organic polyrhythms and chanting. -AllMusic