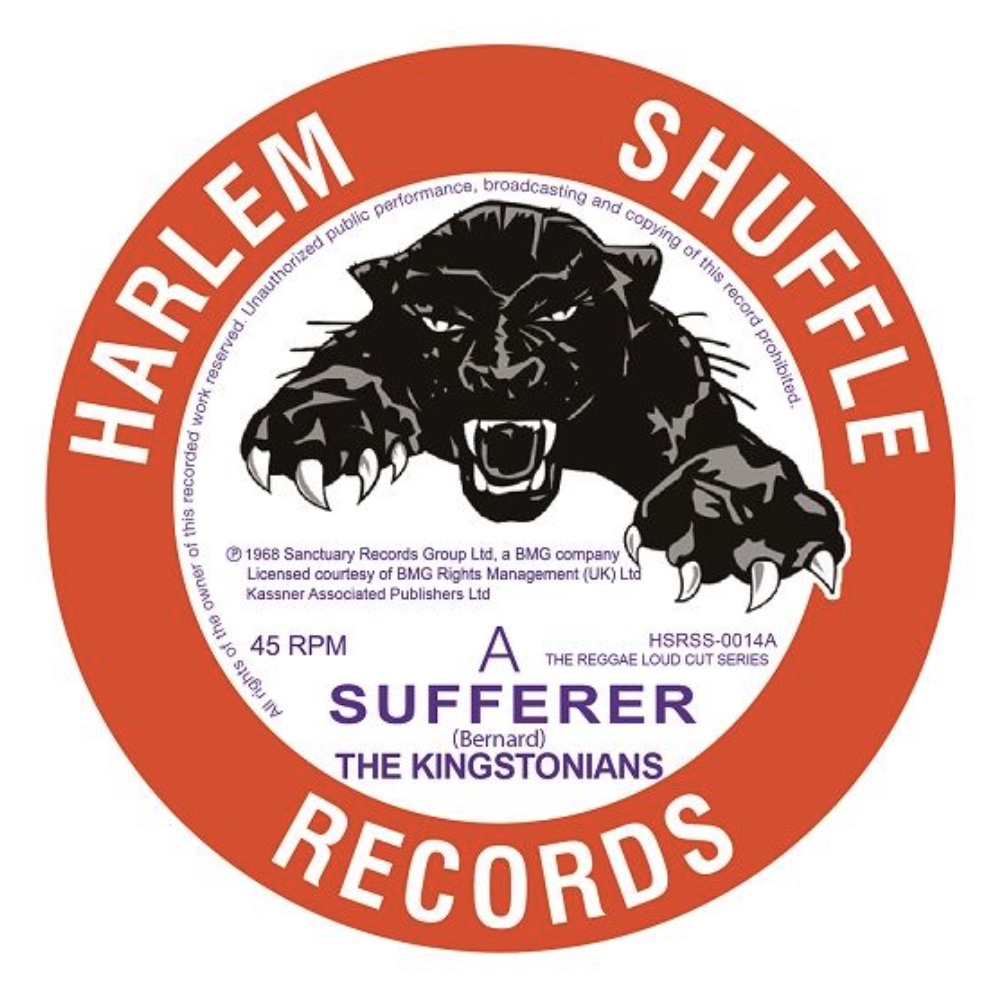 These two avidly sought-after early Reggae tracks are quite rare. “Splash Down” is the instrumental version of “Sufferer” and both songs were produced by Derrick Harriott. This is the first time these two wicked tracks are released together on a 7 inch. Jamaican vocal trio, the Kingstonians were formed around 1966 by Cebert Bernard (aka Jackie Bernard) and his brother Lloyd "Footy" Bernard, along with mutual friend Lloyd Kerr. They began their recording career with producer J.J. Johnson, but had their greatest success between 1968 and 1970 with producer Derrick Harriott, who helped steer the singles "Singer Man" and "Sufferer" to the top of the Jamaican charts. The Crystalites were the backing and studio band for legendary producer Derrick Harriott and included top 60s Jamaican musicians including Bongo Herman, Bongo Les, Boris Gardiner, Gladstone Anderson, Karl Bryan, and Winston Wright among others! They were extremely productive between 1968 and 1974 and recorded 4 albums and countless singles covering many styles from Boss Reggae to Dub. More specifically, they recorded many wicked and awesome “versions” of hit songs of that time.