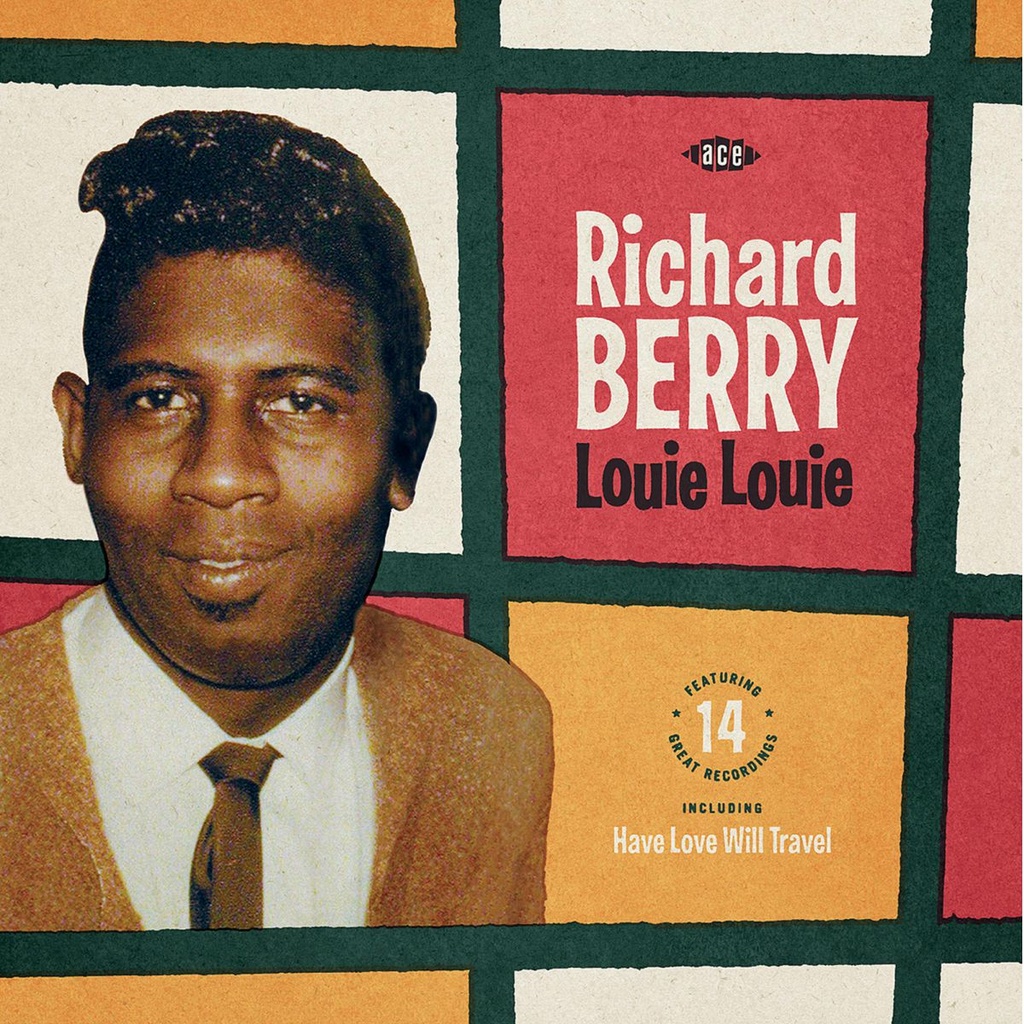 Richard Berry grew up in Los Angeles, attending Jefferson High School at just the right time to be excited by the growth of vocal groups in the early 50s. Along with classmates he sang doo wop in the school’s stairwells and soon became involved with a number of groups, where his bass voice was much in demand. He sang on some early Leiber & Stoller productions; the pair recruited him in 1953 to sing the intro to the Robins’ ‘Riot On Cell Block #9’. He also delivered the bass part on Etta James’ ‘The Wallflower’. This new release in Ace Records’ HIQLP series contains his best work from the second half of the 50s.

Side 1 has material from the Flip label, kicking off with his famed version of ‘Louie Louie’, making its first appearance on LP for over 50 years. It was originally issued as a B-side in 1957 but got re-released as the topside, selling strongly as the song gained huge popularity with local groups. With over a thousand eventual covers, the song should have become his meal ticket, but he sold his rights for $750 to fund his wedding. ‘Have Love Will Travel’, with its wandering background bass lines, became another biggie, with ‘In A Real Big Way’ following the formula. His ease with a variety of feels is underscored with the rocking ‘Give It Up’ and the smoochy ‘Sweet Sugar You’.

Side 2 gathers songs from his earlier time with the Flair and RPM labels and opens with his frantic Little Richard-styled ‘Yama Yama Pretty Mama’. ‘Oh! Oh! Get Out Of The Car’ and ‘Next Time’ are Leiber & Stoller-type story songs, while ‘Jelly Roll’ is a great rolling piano-led slab of R&B. ‘Jelly Roll’ and the closing song, ‘Bye Bye’, both feature the Dreamers, the much in-demand femme group who would later become the Blossoms.

Chances are that most people reading this have a decent record collection, and in that collection are LPs they love for the look and feel of the cover. This new Richard Berry album is an absolute cert for this category with its wonderful period sleeve. The double advantage comes with the great quality of the music it carries.