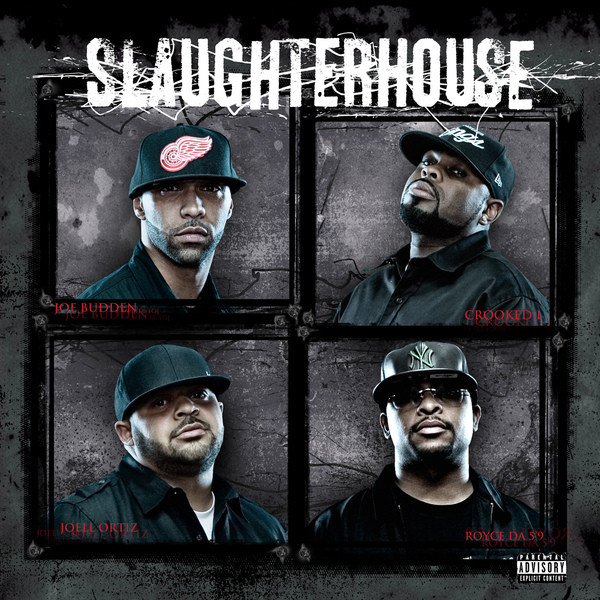 In 2008 Crooked I, Joell Ortiz, and Royce da 5’9” gathered to contribute to a cut Joe Budden was working on. The cut, “Slaughterhouse” resulted in the formation of and the name of this hip hop supergroup.
Slaughterhouse was also the name given to the collective’s debut released in August of 2009. Though the debut hit the number 25 slot on the Billboard top 200 (and the #2 slot on the Top Rap Albums chart) Slaughterhouse has never been issued on vinyl. An oversite that’s being corrected as of RSD Black Friday 2022."