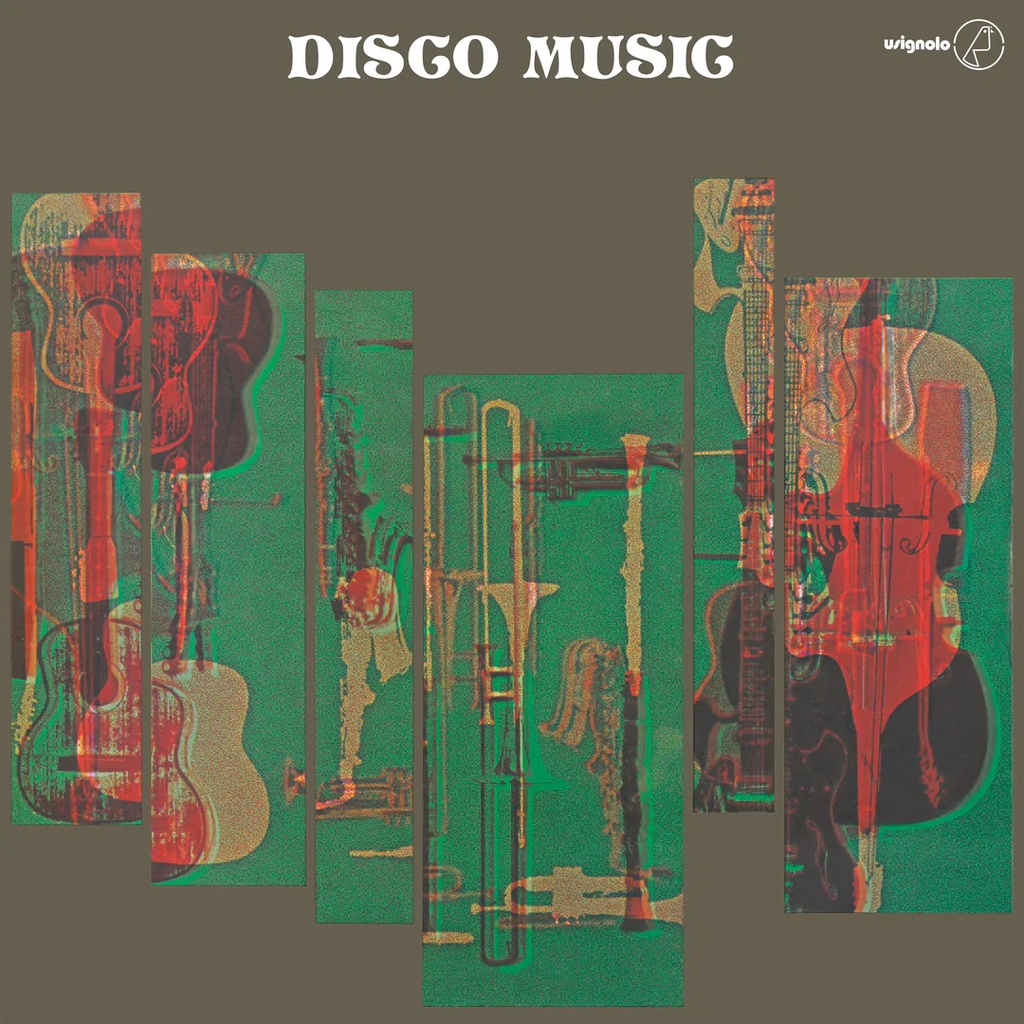 A1. Happy California
A2. Autostrade Americane
A3. Society Problem
A4. Caos
A5. Tragedy
A6. Suspence Space

Composed by legendary library guitarist and founding member of I Gres, Silvano Chimenti, and accompanied by his orchestra, "Disco Music" is an essential release of the Usignolo catalog and probably one of the most sought after titles of the series. This album displays a broad range of styles masterfully blended together by Chimenti, going from disco-funky bangers "Happy California" and "Autostrade Americane" that lead way to the more dramatic and suspenseful vibes of "Society Problem" and "Tragedy", finishing off with the rock vibes of "Indian Summer" and the mellow atmospheres of softer, lounge-like songs such as "Lady Primavera" and "Chiara". One of the most complete and well-rounded library albums of its era, "Disco Music" is finally available on vinyl once again after a very long time as a limited edition pressing of 500 copies.