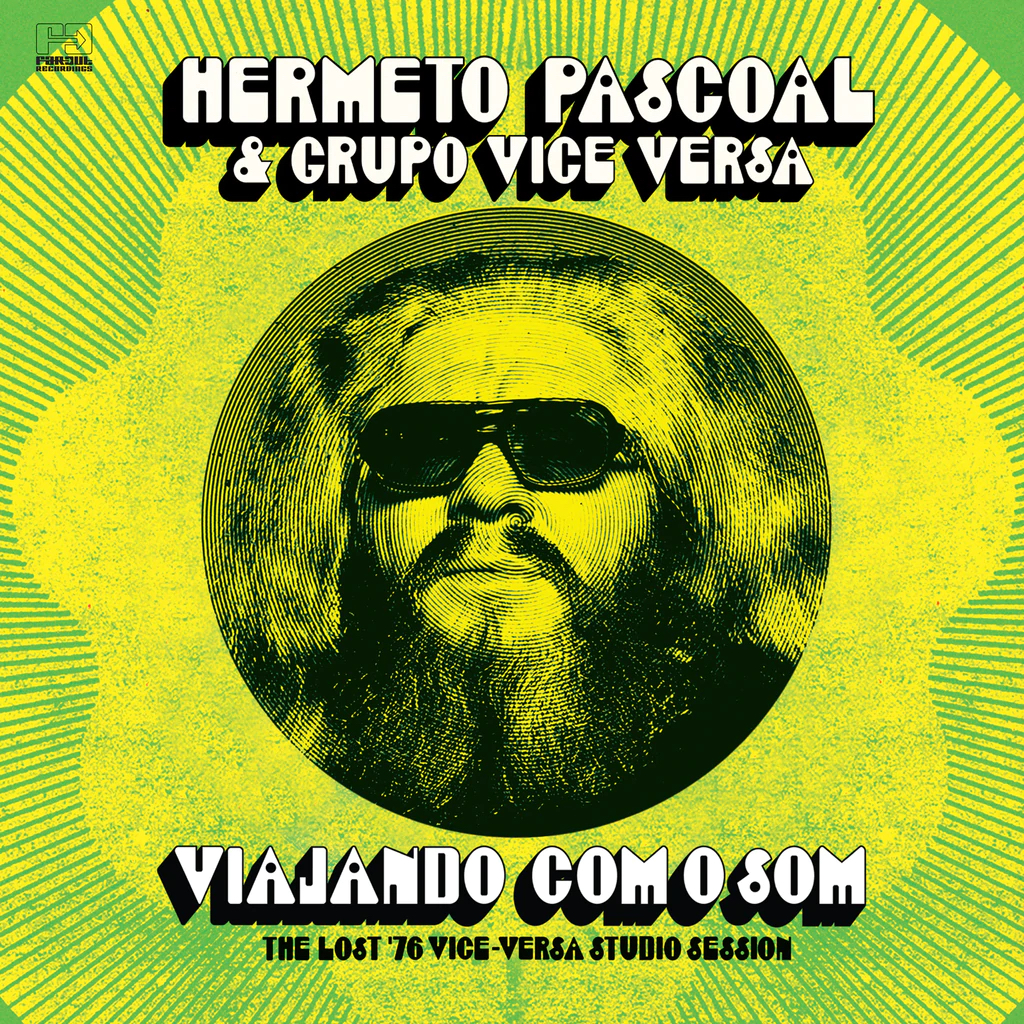 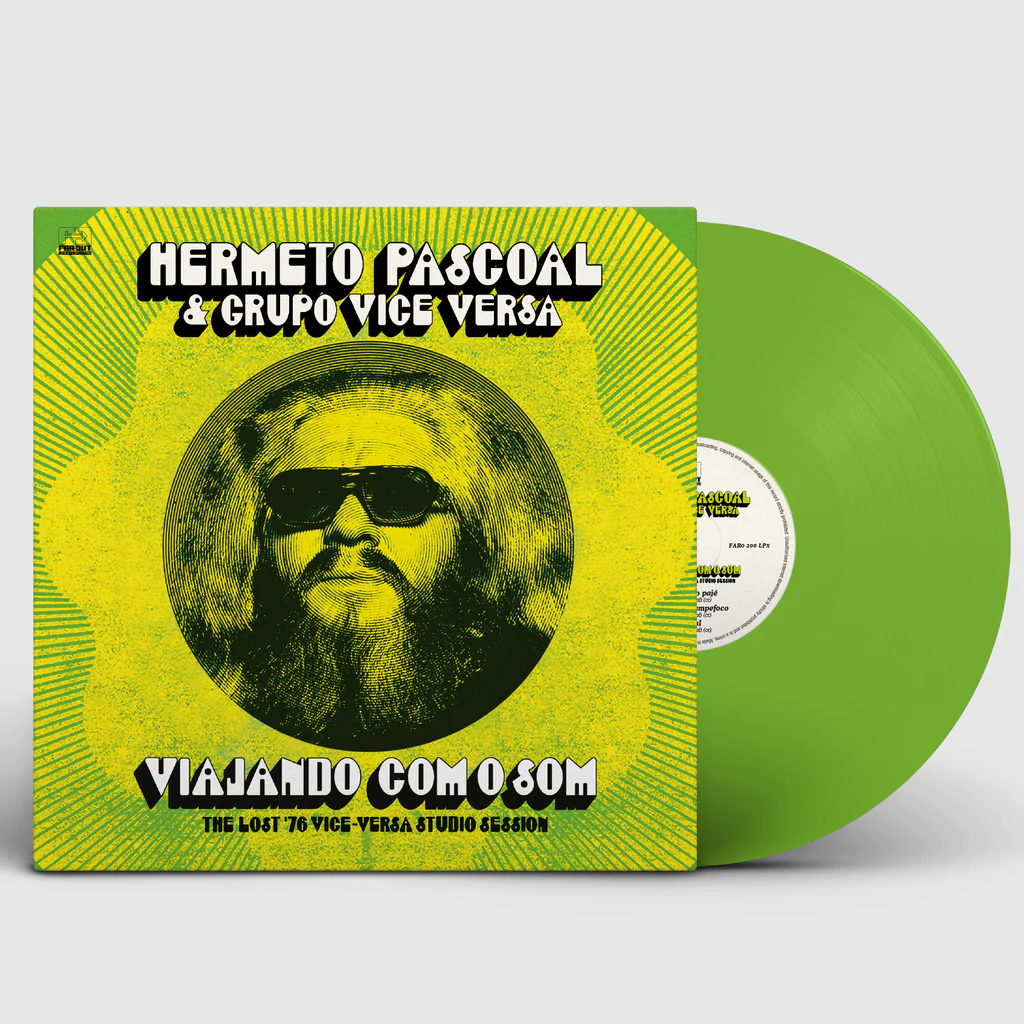 Not released until over 40 years later, now Viajando Com O Som is back again for a short time only, on limited edition green vinyl!


There have been few musicians to ever reach the stature of Hermeto Pascoal. A true maestro and a cultural icon, he represents the highest level of musical evolution; as a multi-instrumentalist, as a composer and as an arranger. Once described by Miles Davis as “the most impressive musician in the world”, there is good reason (beyond his Gandalf-like appearance) why he is known as "O Bruxo" (the Wizard).


Recorded in just two days in 1976, at Rogério Duprat's Vice Versa Studios, São Paulo, the sessions featured Hermeto’s go-to ‘Paulista’ rhythm section of the day: Zé Eduardo Nazario (drums), Zeca Assumpção (bass) and Lelo Nazario (electric piano), as well as saxophonists Mauro Senise, Raul Mascarenhas and Nivaldo Ornelas, guitarist Toninho Horta and vocalist Aleuda Chaves. Hermeto decided he would record with this particular group following a show at Teatro Bandeirantes, during which an almost spiritual musical connection amongst the group was realised. The performance lasted hours on end, without any breaks in playing, and Hermeto saw the potential for his compositions to reach a ‘higher level’ as the music organically moved from structured compositions to ‘freer’ improvisational works.

In the studio, the sound engineer Renato Viola understood that things needed to happen quickly. Almost everything recorded on the first take ended up staying in the final mix. After the mixdown, Lelo Nazario would ask Renato to make him a copy of all the material, from machine to machine. As far as we know, the master tape eventually got lost over time, but Lelo kept his copy in his studio’s archives, where it stayed for over forty years.

With the tape rescued and restored, this release fills a void in time. Recorded at an especially experimental period in Hermeto’s career, it’s a compelling insight into the incredible efforts of this group, who under Hermeto’s revolutionary vision, created a unique musical language which would have a profound influence on countless artists to come.

Nowadays, the 1970s is indeed considered a golden age of Brazilian music, but it’s often forgotten how desperately hard it was for artists to get their music past the military dictatorship’s censorship efforts throughout the decade. Yet in 1976, despite the often musically radical nature of Hermeto Pascoal’s compositions, he was in a typically productive phase of his career. The year before the release of his seminal album Slaves Mass, ‘76 saw Hermeto amass performance credits on Flora Purim’s ‘Open Your Eyes You Can Fly’, OPA’s ‘Goldenwings’ and Cal Tjader’s ‘Amazonas’ to name just a few.

The release of Viajando Com O Som re-writes the already remarkable story of one of the world’s most supernaturally talented musicians, whilst illuminating a truly magical, yet hitherto lost and forgotten, moment of Brazilian musical history.