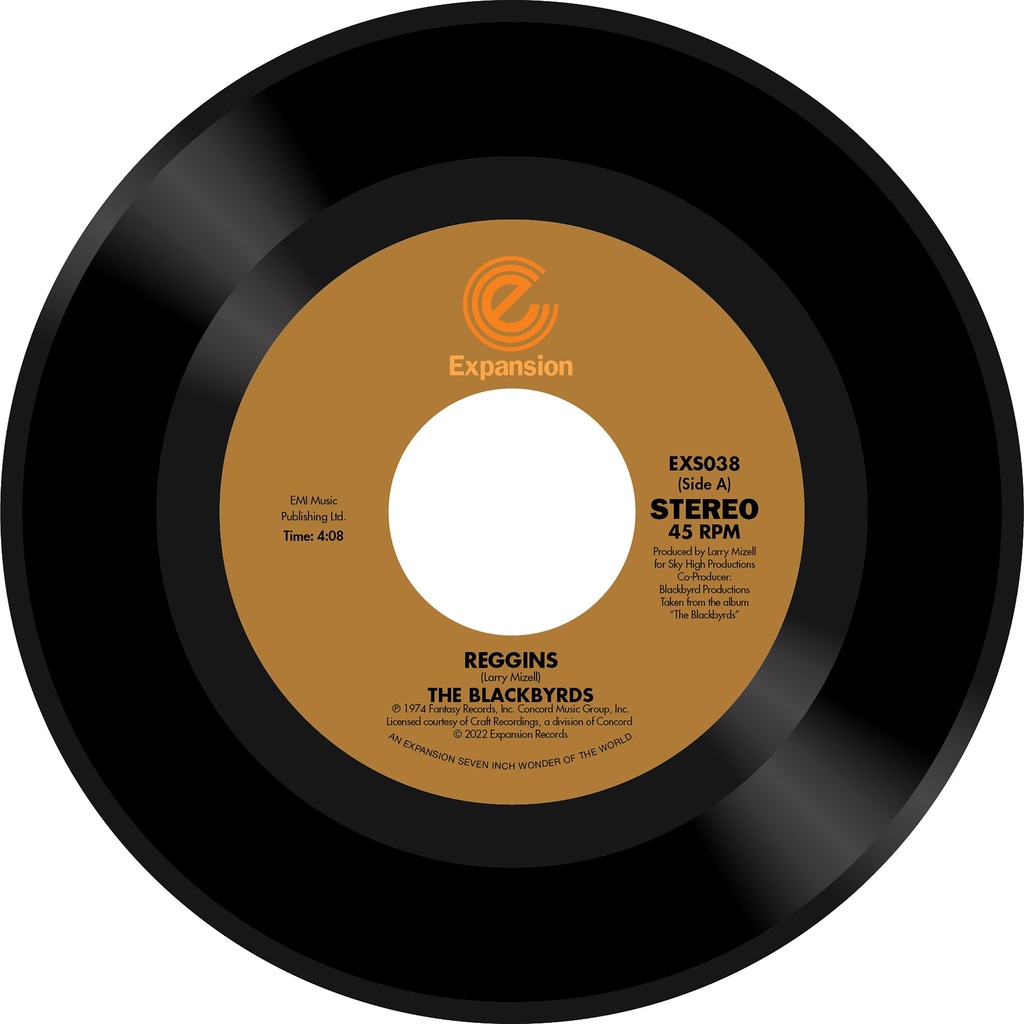 The Blackbyrds are an American soul and jazz-funk fusion group from Washington DC, inspired by their mentor and trumpetor Donald Byrd.
They signed to the Fantasy label in 1973, and released seven original albums and one remixes compilation between 1974 and 1980. Members include drummer Keith Kilgo (who reformed the group in 2012) and keyboard player Kevin Toney.

This is the first 7” issue of “Reggins”, an instrumental jazz funk masterpiece written and produced by the legendary Larry Mizell, producer of artists including Donald Byrd, Bobbi Humphrey and Johnny Hammond during their 70s heyday. The equally desirable “Blackbyrds’ Thme” on a 7” is produced by Donald Byrd.