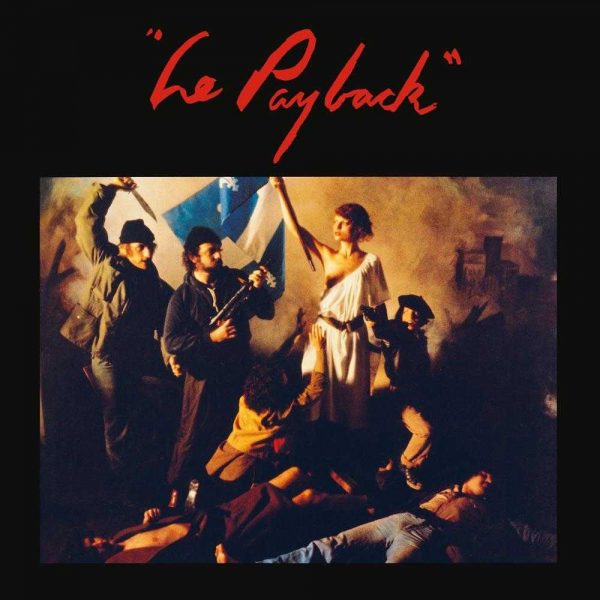 A true soul and funk crossover gem that comes with a perfect production and precise performance beyond comparison. A must have for all fans of truly handmade late 70s black music that open heartedly takes influences from all kinds of funk, soul, disco and even jazz music. Simmering hot vibrant music with a twist on its own and highly memorable songs allover the place.

DETAILS: I was certainly not aware of this man before, but his vita is impressive. Classically trained pianist, producer, engineer, soundtrack composer, bassist for the hit musical “Hair” and touring member of THE FIFTH DIMENSION in the 70s. This answers our question where he got his love for soul and funk music from. Now let us stop talking and start listening to his 1977 solo debut “Le Payback”, a real gem and holy grail for lovers of slick, yet vibrant funk music with a hypnotic approach and a perfect production. This bunch of musicians that Paul Zaza gathered around himself in the studio to celebrate the recording of “Le Payback” is enormously talented and plays absolutely tight and straight to the point. The album itself is so extremely rare that copies in good shape fetch prices of up to 200 $ or even more. Everland Music bring us relief from the feeling that gnaws on our souls saying we are missing a real masterpiece in our collection. And folks, I can assure you that we did. The album starts with the vocal version of the title track, an etherial, yet absolutely groovy funk anthem with ghostly female vocals in French language that will fire your imagination and heat up your soul. The repetitive pulse from drums, bass guitar and percussions backed with a clean electric guitar that does not change its direction too often, will wrap your soul tightly into a garment of silky harmonies. The style is similar to the haunting “Love to love you, Baby” sung by Donna Summer around the same time, but this tune is different. It comes as a more austere version with few changes and less overcharged arrangements, like a backstreet night club in comparison to a glamorous arena or discotheque. Haunting. “Struttin” is more of an easy deal, three and a half minutes of a great horn section laying down killer harmonies upon a soil consisting of ever pulsating rhythms by drums, percussions and bassguitar, fertilized by a jazzy electric piano and some steaming, yet melodic lead guitar eruptions of the highest order. Nice one, what comes next’ Three minutes of “Feelin’ good”, alright, let us feel good. This tune has a special expression as it comes really pictorial like a 70s gangster movie soundtrack with a cool guy as the hero police man. String arrangements, melodies that range from exciting to rather reassuring with a silky twist, great rhythmical figures and an ongoing funk groove make this piece an instant classic. Another song with vocals sets in. “Funky feelin'” with some outstanding female vocals and once more those hypnotic approach emerging from the playful middle section. It does not last too long, befor the silky lead vocals take over the reign again. Even some strange offbeat rhythms appear and catch your attention right away since you might stumble over your own feet, if you do not watch out where the beat goes next. Utterly cool stuff that on the one hand shows a timeless beauty, as this never grows old, but would only come from this specific period of time in the late 70s. Everything here by the way is handmade and no synthesizers where harmed during the production of this record. We reach my present favourite namely “The forge”. This is another instrumental song with horns taking over the main melody and some really crazy solo parts that have free jazz qualities. This is certainly not your everyday’s mainstream funk sound but a true piece of musical art par excellance. “Disco boogie” then does justice to its name. Boogie, funk, middle of the road rock, melodies that have this casual and honestly cheerful atmosphere you might at first consider, superficial at first, but when you listen more carefully, this feeling will capture your spirit and set you on fire with sheer bliss. And blissful is indeed the way we feel about the shortcut instrumental variation of the title track. You can sense the groove drive into your bones to shake your body to the very foundations. The arrangements are thick and complex despite flowing together into a fairly uncomplicated groove tune. The once again pop oriented and cheerful soul funk of “The mad mechanic” concludes an album that should stand among the greatest selling pieces of its genre and era. We should be grateful that Everland Music gives us the chance to rediscover this simmering wild beauty. Everything falls perfectly into place with this album, production, performance and composition. A must have for lovers of handmade (yessss!!!!) late 70s funk that ventures into disco, pop and even library music territories from time to time and therefore stays exciting and captivating from the first to the last second.