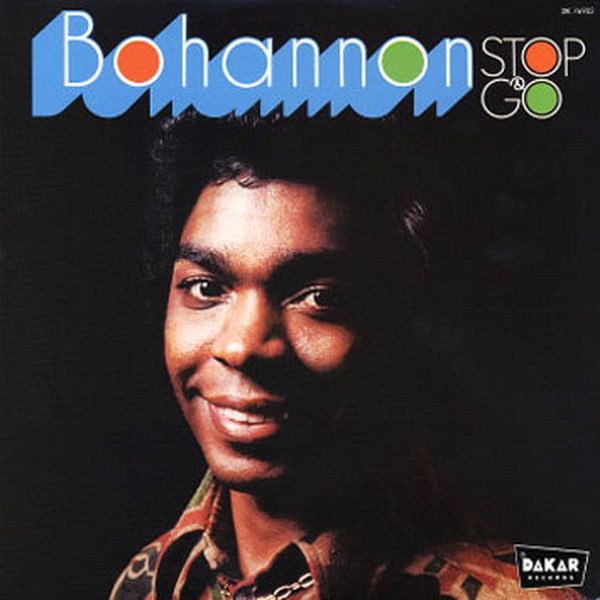 A2. Getting To The Other Side

A3. The Pimp Walk

B1. Save Their Souls

B2. Singing A Song For My Mother

Even if Hamilton Bohannon had never started his own solo musical project, he would have a long and rich background to his name. Before the 60s had ended he'd played in local bands with Jimi Hendrix, toured as a drummer with Stevie Wonder, and served as the bandleader and arranger at Motown, providing backing for top-like acts like Smokey Robinson, Marvin Gaye, Diana Ross, and many more. Gradually he made his way to Los Angeles to sign with Dakar Records in 1972, recording and releasing his debut album the next year, after recruiting a backing band which included session giants like Ray Parker Jr, Wah Wah Watson, Eddie Watkins, and Leroy Emmanuel, to name but a few.

Stop & Go was released in 1973, and featured a tried and true formula of hard-hitting, bass-heavy, accented disco-funk. Although the album was only a muted success on the Hot 100 charts, it excelled on the club charts, making dancefloor hits out of tracks like "The Pimp Walk", "It's Time For Peace", and "The Stop & Go." It also featured Bohannon's most well-known tracks, in the club banger "Save Their Souls", which over time became a frequently-used well of sampling material, notably on tracks by Jay-Z, Large Professor, Kool G Rap, Public Enemy, and DJ Vadim, among many others.