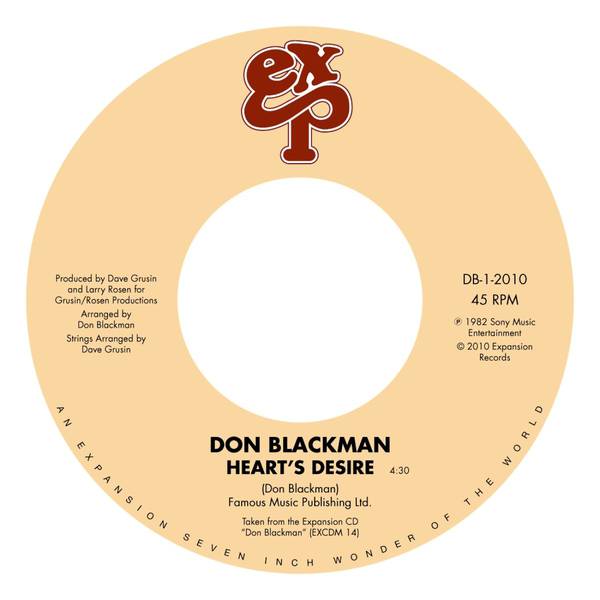 A Heart's Desire
B Holding You, Loving You

For the first time EVER on 7" single come two of Don Blackman's most classic tracks from the 1982 album "Don Blackman" for GRP. multi-keyboard wizard Blackman played with the biggest names in fusion music including Lenny White & "Twenny-nine". As a leader and featured recording artist Don's keyboard, vocal and composing talents all came to shine on the debut LP from which these two songs are taken.
Don has toured the world with his band and "The Marcus Miller Band", "The World Saxophone Quartet", with jazz and bassist Tuero Nakamura.. His work on the acoustic piano and other keyboards was recorded on Mary J. Blidge's, "Feel Like A Natural Woman" and Janet Jackson's "That's The Way Love Goes"