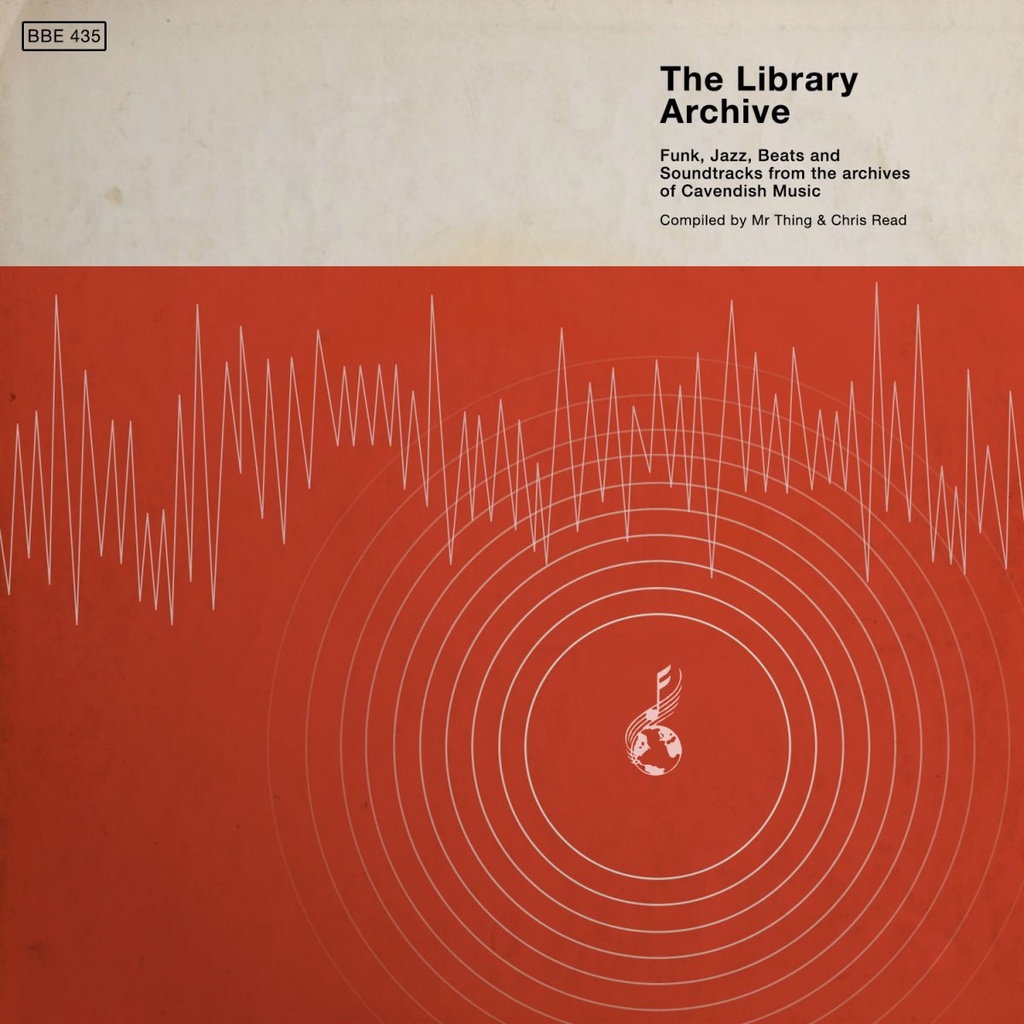 The Library Archive – From The Vaults Of Cavendish Music

Join two of BBE’s most prolific artists and compilers, Mr Thing & Chris Read on a voyage into the mysterious, strange and wonderful world of Library Music, courtesy of Cavendish Music. Founded in 1937 and originally known as Boosey & Hawkes Recorded Music Library, Cavendish Music is the largest independent Library Music publisher in the UK and also represents a host of music catalogues across the globe.

During the Library Music heyday of the 60s and 70s, thousands of original instrumental tracks were produced across a broad range of genres for companies like Cavendish, who then created vinyl and tape collections, often arranged by theme or mood, for their customers in radio, television and film. Cult British TV shows such as The Sweeney and The Professionals as well as documentaries and feature films relied heavily on these catalogues, and companies like KPM, De Wolfe and Boosey & Hawkes went a long way toward defining the sound of British popular culture at the time.
Never commercially available, music created for these libraries that never made it to the promised land of TV or Radio was destined to languish in Cavendish Music’s vast London vault; only recently unearthed by a new generation of DJs and producers searching for rare gems or a perfect sample.

Mr Thing & Chris Read were first invited to examine the contents of the Cavendish Music archive in 2014 as part of WhoSampled’s ‘Samplethon’ event in which producers created new tracks against the clock using sample material mined from the catalogue. Whilst digging through box upon box of records and tapes looking for interesting sounds, the pair also discovered a host of 70s library music which has not only stood the test of time, but deserves to be heard in its original form.

From dramatic big band numbers reminiscent of Lalo Schifrin’s film scores to atmospheric proto-hip hop instrumentals produced before the genre’s existence, right through to fairly straightforward jazz and funk cuts; this amazing collection of music is sure to inspire and delight DJs and beat-makers the world over.