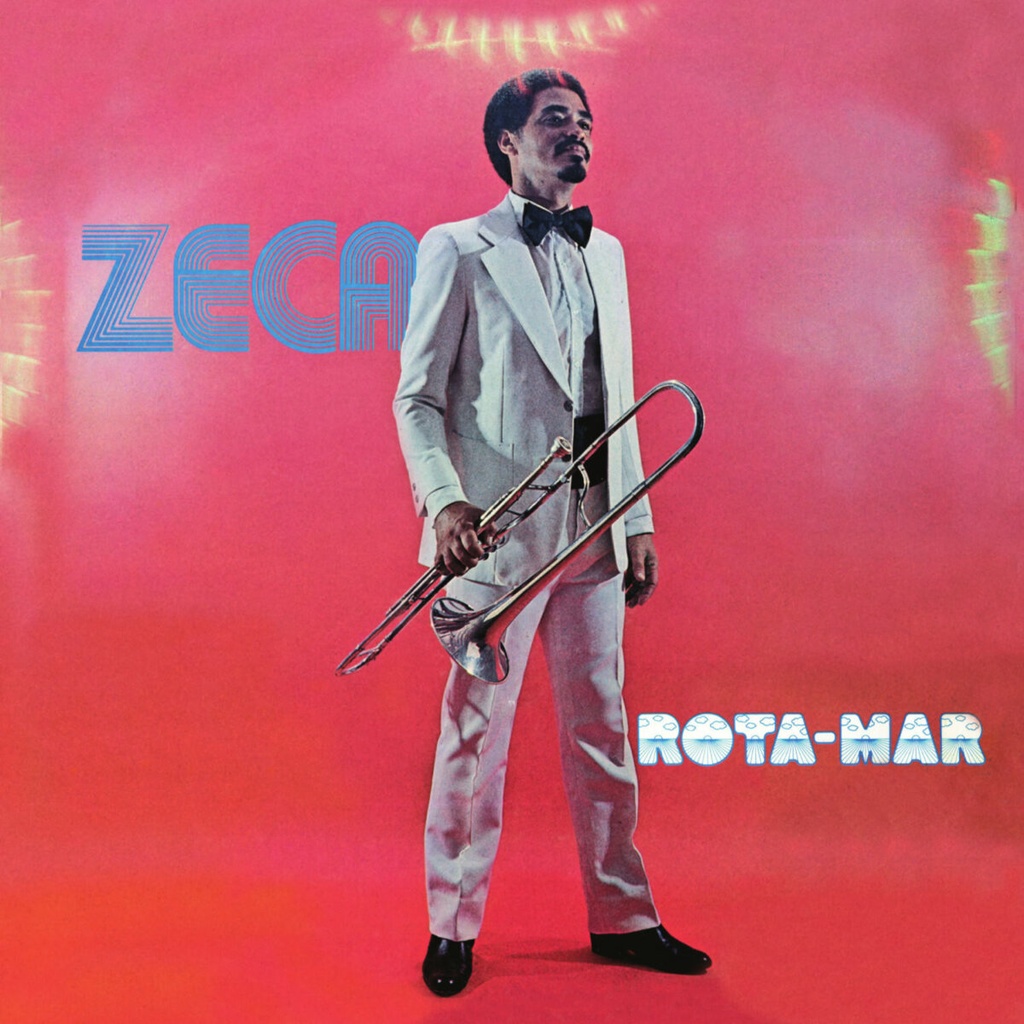 As bonus tracks to this reissue, we include both sides from Zéca's rare 1977 single, featuring the allmighty trio Azymuth.

* Includes the killer "Te Queria", well known to DJs and previously compiled in Ed Motta's "Too Slow To Disco"

Mainly known to DJs for the funk groover "Te Queria", Rota-Mar is the first solo album by the charismatic Zéca do Trombone. During a vertiginous career which started in the late 60s, Zéca was a permanent member of Wilson Simonal's band, toured with Luiz Eça's Sagrada Família (alongside Joyce, Naná Vasconcelos, Nelson Angelo and others), recorded the seminal Brazilian funk "Coluna do Meio" for his joint effort with Roberto Sax, and played and recorded for some of the big names of Brazilian music such as Tim Maia or Martinho da Vila. Particularly for samba artists such as Alcione, Leci Brandão or Moreira da Silva, Zéca do Trombone was the trombonist of choice.

Rota-Mar displays the work of an established musician who has nothing to prove. Impregnated with Zéca's characteristic voice, the songs draw inspiration from the sea, love and bohemian life, and let us all dream of what life in Rio the Janeiro was during that time. "Te Queria", penned by Zéca's childhood friend Elízio de Búzios (known for his highly collectable funk/boogie single "Tamanqueiro") is the obvious highlight, although we believe the real beauty of the album lies in the relaxed sea-side groove and MPB in the rest of the songs, including Zéca's superb take on Martinho da Vila's "Manteiga de Garrafa".